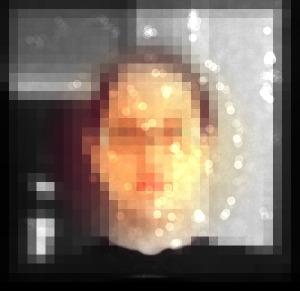 It’s been a while since I’ve had to breathe deep and act normal. I’ve had the usual worries, niggles, fears – but nothing that’s ground me to a halt. Until last week.

I received an email out of the blue a few weeks ago from the MIT Sloan School of Management, inviting me to an MBA event in London. Turns out, they think I’m a ‘stand-out’ woman. I’m sure they say that to a lot of women, but it still made me chuckle. I rarely talk about my day job on the blog, for fear of chasing away people with how truly nerdy I am. I get excited about automating process flows, for Pete’s sake! So for MIT to take notice of my nerd skills was entertaining, but not something I really wanted to explore if it involved networking. Otherwise known as talking to total strangers about myself. Eeeeek. And hyperventilate.

When I didn’t respond to the original email invite, I got a follow up. This event was going to be a face-to-face meet and greet with all the top global business schools, and a chance to ‘sell’ myself to them and their programs. Didn’t I want to invest in myself? (A bit of history here: I started an MBA the year before the global financial crisis, and when I took voluntary redundancy, I negotiated a lot, but not the ongoing funding for the MBA. It’s a crippling amount of money, and I just completed the first unit.) I was all set to RSVP ‘Hell No’, when Husband Dear urged me (strongly) to attend. So I did.

There were several points during the day when I nearly talked myself out of going. I had no idea what to expect which made it impossible to map out contingencies which set me firmly outside of my safe zone. Ergo spiralling discomfort and panic. I dropped DD to ballet and had a calming coffee. I read something trashy on my Kindle. And then it took 70 texts back and forth with Husband Dear to get me in the building. I was a mass of knots, which was strangely not evident in the very calm face I saw reflected in the elevator mirror. I had on a very pointed pair of shiny black shoes. The pain from my squeezed toes gave me something to focus on other than my spiralling panic.

I took a small lap around the snack area – well, for stand-out women they offer canapés and other fancy finger foods – before I took a deep breath and walked into the networking area. Commence asphyxia. Focus on hobbled toes. Unclench jaw. I almost drew blood from curling my fingernails into my palms. Cue the fake smiles and the “Hiiiiiii, yeah, I’m exploring my options….”. I was almost dizzy with breathlessness, and a lack of food.

I finally hit my stride at the Copenhagen Business School, where I was sounding more like myself and less like a constipated chipmunk on helium. My heartbeat was almost back to normal. There was a really good alumnae panel after the networking section which also made me realise that what I lack in confidence, I make up for in age and experience. So I went back round again, a lot calmer, to check out a few more programs. And it turns out, the ones I really felt at home with, or synced the most with where I am and where I want to be, are the London programs. Who da thunk?

Now I just need to figure out if I really want to do this. We’re talking 18-24 months of some serious studying. Something tells me it’s going to put a huge crimp in my blogging time and my TV time and it might actually mean I have to get a responsible job at the end of it (no, running my own company doesn’t count as a responsible job).

Any words of advice? An eight-ball I could borrow? A tarot reading? How do I know if I want to ‘invest’ in myself? Am I really cut out for this if terms like ‘investing in myself’ make me cringe and giggle in equal measure?

This site uses Akismet to reduce spam. Learn how your comment data is processed.